If you read my blog “Schwitkowski Name Change to Hennig”, you’ll understand why the Schwitkowski name is with Hennig above.

My great grandmother, Clara, or GiGi as I knew her, was born in Milwaukee, Wisconsin on July 28, 1898.

However, my story isn’t about Clara, but her mother.  Augusta was christened in 1869 in the Roman Catholic parish church of St. Walenty or Saint Walentego [Valentine] aka Parish Gdańsk Matarnia, one of the quarters (or a section) of the city of Gdańsk, Poland.

At the age of 22, Augusta immigrates to the United States via the USS Switzerland. She was with her brother John Michael (17) and her sister Rosalie Susanna (14).  They arrive in Philadelphia, PA on 20 Apr 1892 with only two pieces of luggage. 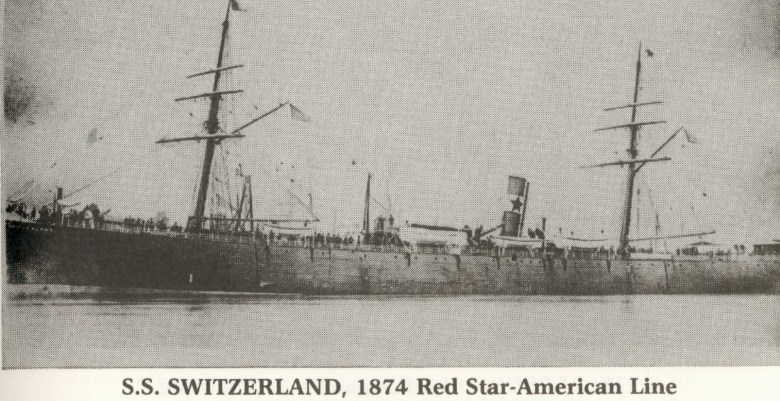 We can only guess why they fled their homeland to America, whether economical, political or religious reasons.   The only reason I can think of why these three children came over first is that her step mother, Augusta gave birth to Bertha a month later.  Maybe she couldn’t travel so close to giving birth.  But, why didn’t these three wait with the rest of the family?  Maybe it was because young adults were being recruited into all kinds of things from politics, wars, workhouses and even driven to the criminal side of things such as prostitution and thievery.

Discriminatory laws were enacted, including “May Laws” which were intended only as temporary measures until the revision of the laws concerning the Jews, but remained in effect for more than thirty years. (see May Laws)

This same year, the Polish Socialist Party was created.  It was very political at that time and without getting too involved in the very complex history, I’ll say this:

Before 1918, Poland as a country did not exist for 123 years since it was partitioned (occupied) by the Prussian, Austro-Hungarian and Imperial Russian empires.

The Russians after partition Poland ceased to exist, and their newly acquired territories were considered the long lost parts of Mother Russia. To Poles, Poland was simply Polish, never Russian. While the Russians used varying administrative names for their new territories, another popular term, used in Poland and adopted by most other historiographies, was the Russian Partition  ~~https://en.wikipedia.org/wiki/Russian_Partition

Six months after Bertha is born in 1893, her father, stepmother and six of her siblings come over on the same ship, the USS Switzerland.  In October of this same year, Augusta Julie marries Johann. 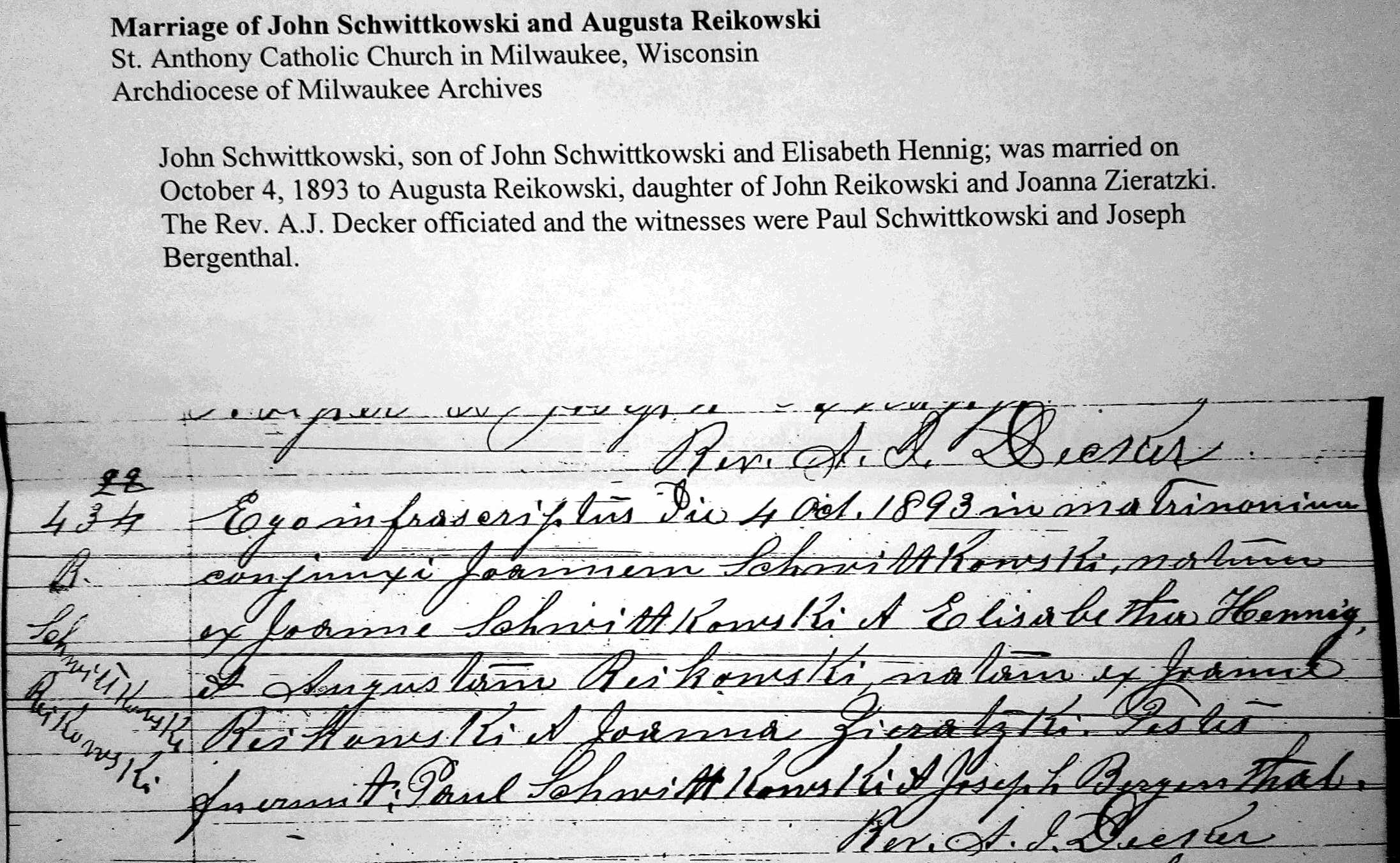 Four more siblings were born in Milwaukee around the same time that our Augusta was having her own children.  One brother stayed and died in Poland in 1941.  I am not sure why this one brother stayed.  I am still researching him.

By 1900, she and John are neighbors with her parents in Milwaukee.  Both her and her stepmom are still birthing babies.  The house where they lived is a vacant lot today.

In 1909, our Augusta loses a daughter, Theresa; she was less than a year old.  In 1910 there is a Joseph Schwitkowski showing as their neighbor.  This could be Johann’s brother, but not proven yet.

By 1920, Rosalie Reikowska Senger and her family , Paul and Clara Hennig, and Paul and Victoria Hennig, Paul and Clara (nee Herz) Reik, and the Zimmerman’s (Clara’s step father) (updated 3/31/18) all lived blocks away from each other. 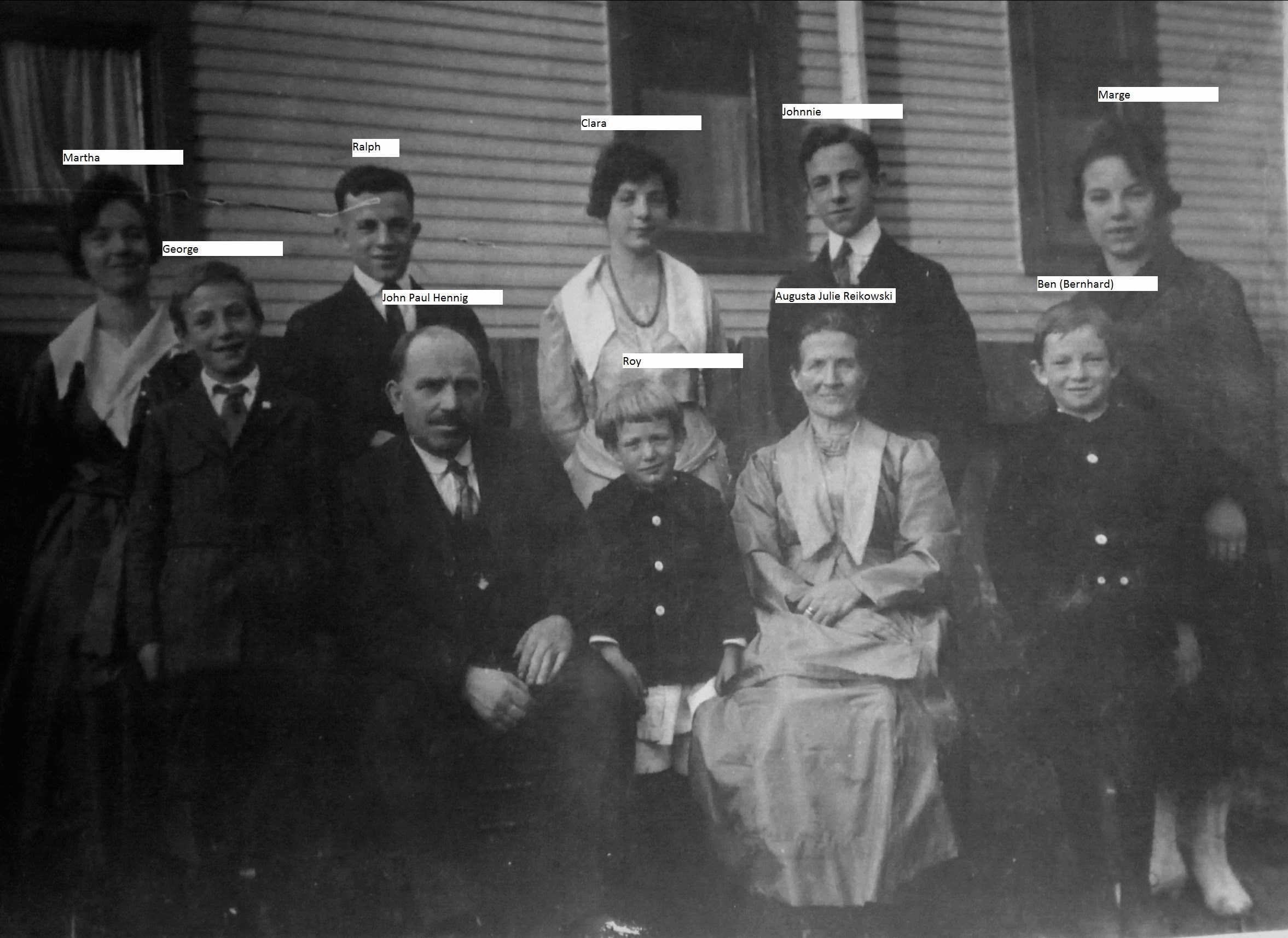 I see a lot of Virginia and even Kathleen in Marge and Martha above.

In 1930, Augusta, with her sons, Ralph and Roy, live at 563 Twenty-First Avenue with her daughter Margaret and Margaret’s husband Edward Graham.

In 1940, Augusta and her son Ralph are living in the rear of 1529 South 26th Street whilst Margaret and her husband and family live in the front.

Both of these addresses are the same house.  In the early 1930’s, the City of Milwaukee “underwent drastic and sometimes confusing street name and address number changes”. Milwaukee Street Name History 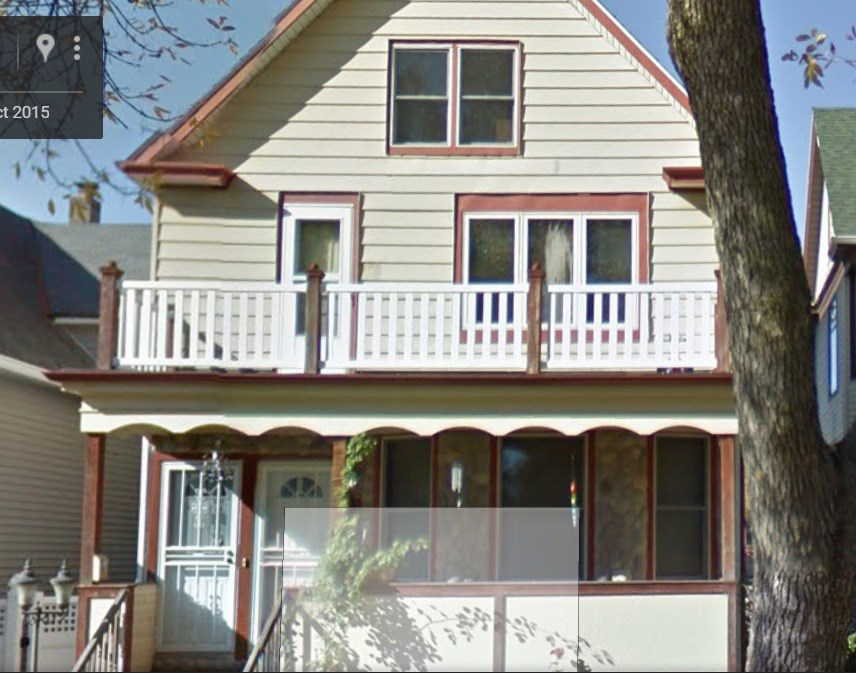 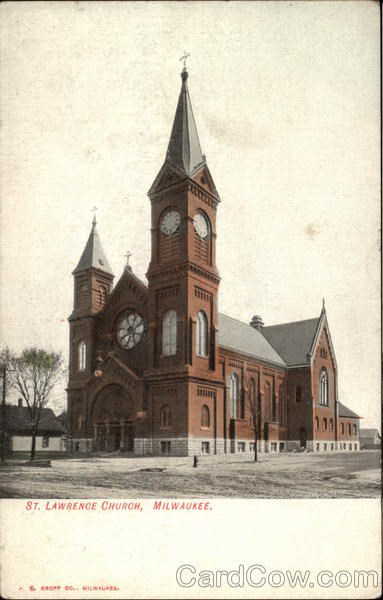 You’ll notice in this obit that it says “Nee Reik”.  Meaning her maiden name.  Yes, the Reikowski’s changed their name as well.

Also,  the woman would have been Reikowska, the men Reikowski.  Another thing I learned in my research.  (updated 3/31/18)  Especially when people in Poland are transcribing the records from paper to online even if they’re Prussian records.

In writing this blog I found out that the house she lived in was the same one with different addresses.  I also figured out some other things as I always do when writing these.  These blogs really do help me as much as giving you, the reader, information.

Thank you for reading.