For as long as I can remember there has been a rumor in the family about us having American Indian blood.  As I’ve worked on my tree, I even found hints in the Logan tree. Is there truth in this or just romantic fantasy?  Do we turn to DNA to find out?  Do we trace our ancestral limbs and find documentation?

Well,  when doing your DNA, “if the Native percentage is back beyond 6 generations and drops below the 1% threshold, it’s extremely difficult to discern today.” It also depends on the type of test you had done. This is a good website explaining https://dna-explained.com/…/proving-native-american…/

“On Roanoke island and some of the adjacent sand islands and on the mainland of Dare and Hyde counties on the coast of North Carolina are a few families of mixed-blood, descendants of the local Indian tribes.”  Mr. Speck visited Hyde and Dare Counties on behalf of the Bureau of American Ethnology in 1915.

“According to the accounts furnished by Raleigh’s Expedition, being the earliest notice that we have of these tribes, the region between Albemarle and Pamlico sound was the home of the Secotan Indians…among them the Hatteras band occupying the sand banks off the coast, and the Machapunga on the mainland, near Mattamuskeet Lake.

A visit to their old home, however, and persistent inquiry among the settlers of Albemarle and Pamlico sounds, brought to knowledge a few individuals who are descended from Indians who came originally from Pungo river near Mattamuskeet Lake, Hyde county. These are evidently remnants of the Machapunga tribe who have left their name to Pungo River. Those whom I met traced their descent from one Israel Pierce, who was known as a Pungo River Indian.

I traced Pierce’s descendants through Mrs. M. H. Pugh, Pierce’s granddaughter, now a very old woman, estimating her age to be about eighty years, who was born and raised in the Pungo River district. Later in her life she moved to Hatteras island. She has four sons, daughters, and numerous grandchildren. At present the dark-skinned people living on Roanoke, Hatteras, and other neighboring islands of the Pugh, Daniels, and Berry families, largely of negro blood, and some of those named Westcott, of a lighter strain, are of this blood.”

Annie Pugh was the “Mrs. M.H.Pugh” mentioned in the 1916 article by Frank G. Speck entitled the “Remnants of the Machapunga Indians.” Only Annie considered herself Pungo Indian. Most of the people are descendants of the Hatteras and Roanoke Indians. Smith Pugh’s mother was a Hatteras Indian woman and his father was white.  I have not found a connection to this particular Pugh, but we have many Pugh names in our tree.  They have been hard to trace.

There is even a brochure about “The First Americans” listing Wescott as one of the names.  Algonquian Indians of North Carolina, Inc.

The Wescott’s could also be “Melungeon’s”, “a term traditionally applied to one of numerous “tri-racial isolate” groups.  Blacks, Native American, and White…Their ancestors can usually be traced back to colonial Virginia and the Carolina’s. They were largely endogamous, marrying primarily within their community until about 1900.  One of the theories about the Melungeons is that they are descendants of the Lost Colonists.

Martha Ann Chadwick, John T. Wescott’s wife, looks like she has Indian blood.  She has the Pugh lineage.  Her stepdaughter, Dora also has the look. 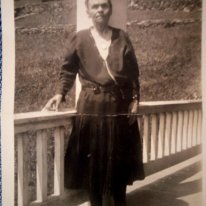 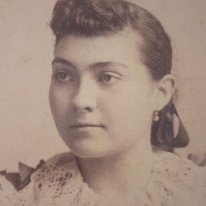 It’s interesting to note that Isle of Wight, VA, where the Wescott’s came from, was originally called Warrosquyoake Shire named after the Native Americans, Warrosquyoackes.  The name was changed in 1637 to Isle of Wight due to the difficulty in pronouncing their name.

My 6th great grandmother on the Logan side is Lydia Russell Bean.  If you Google her name, you will see many stories of her capture by the Cherokee and her freedom by Nanyehi (Cherokee: “One who goes about”), known in English as Nancy Ward.

The below is not original research on my part – I thank Google.

Lydia was tending to her cows near her cabin when…..quoting John P. Brown’s “Old Frontiers”,

“She was captured by the Indians as she rode horseback toward Fort Lee at Watauga and was taken to the Cherokee Camp on Nolichucky River.

She was told that she would be killed. She was questioned . . . [and] taken to a little town along the Little Tennessee River. Mrs. Bean was taken to Toquo and tied to a stake at the top of a large mound. The fire had been lighted around her when the Beloved woman, Nancy Ward, arrived on the scene.

Revolted at the thought that a Cherokee should torture a squaw she hastened to the rescue, scattered the burning brands and cut the bonds which fastened the prisoner.

She took Mrs. Bean to her own house where she was treated kindly.

Lydia Bean in her gratitude instructed Nancy Ward and the other Cherokee women in the art of making butter and cheese.

Due to Mrs. Bean’s training Nancy Ward became the first owner of a herd of cattle.”

Lydia is credited with bravery at the time of her capture by the Indians, for she led her captors to believe the garrison at the Watauga settlement was well defended, thus preventing an attack.

However, it is rumored that Lydia’s nephew, Lewis (Louis) Russell, son of George, married (or had relations with) a Cherokee which produced descendants.

The Henderson Rolls ( surnames with ancestors known to inhabit the Cherokee domain) lists some 1,959 persons of the Cherokee Nation in North Carolina, Tennessee, Alabama and Georgia…Full-Blood “Indians, Half-Breeds, Quadroons, Whites and Slaves,” as well as “mixed Catawba’s; mixed Spaniard; mixed Negroes” and “descendants of reserves.” Also listed are intermarried wives of Cherokees.

And, the Dawes Rolls (“Final Rolls of the Citizens and Freedmen of the Five Civilized Tribes in Indian Territory”) have lists of surnames in Cherokee, Creek, Choctaw, Chickasaw and Seminole Tribes.

Both of these rolls list Russell (I have Russell’s on both sides) and Bean (as well as Burns, Chase, Daniels, Davis, Harrison, Hawkins, Hill, & Logan- names from my tree).  Now, whether or not these are MY ancestors.  Who knows, but it is interesting.

So, where do my traces of Native American come from?    I keep digging to find out.