My 4th Great Grandparents are from Slovenia.  They are Peter Koče (b. 1810) and Catharina Fugina (b. 1805).  I wrote about our Slovenia ancestry in Who Were Mat’s Parents and Gottschee.  They had three children together before Catharina died in 1848.  Peter remarried and had five more children.  One of these children with his second wife is Lucija Koče (pronounced Kotze).

Not only has research been arduous due to the name changes, but also due to the bilingual state of the area.  Locations as well as surnames are bilingual (German/Slovenian).

The children in bold print above have been tracked to “Amerika”.  Marija and Jozef are found in Calumet, Michigan where they marry and then Peter is found later in Montana although he came over first.  My trail on Marija ends with her marriage to Anton Hasan in Calumet.  I know Pavel (now Paul) immigrated to Michigan and Rudolf arrives in 1927  and dies in 1983 in Queens, New York.

Jozef marries another Gotschee named Marija Maurin.  Now going by Mary, she was born in Vimolj.  After his brother Rudolf is born, Jozef heads to America and he and Mary marry in 1907 in Calumet, Michigan.

In 1911, Jozef, now going by Joseph Metesh, moves his family to Walkerville, Silver Bow, Montana and purchases a dairy farm.  The National Dairy is located a little north of Walkerville which is a small incorporated town directly north of Butte.

They must have all talked at one time and agreed to change the Meteš to Metesh because they all go by this name now.

Jozef and Mary have four boys and two girls.  The first Joseph died in 1912 at the age of two from an accident with scalding hot water. Rudolph ended up going to war and not returning to ranch life, married in Nevada, and lived out his life in Utah.

John James ended up staying with his younger brother, Edward, since it was “essential service”, meaning the dairy farm was an occupation considered important enough to the US that those serving in such occupations are exempt—in fact forbidden—from military service. He married and also operated the J & M Bar when he was older. 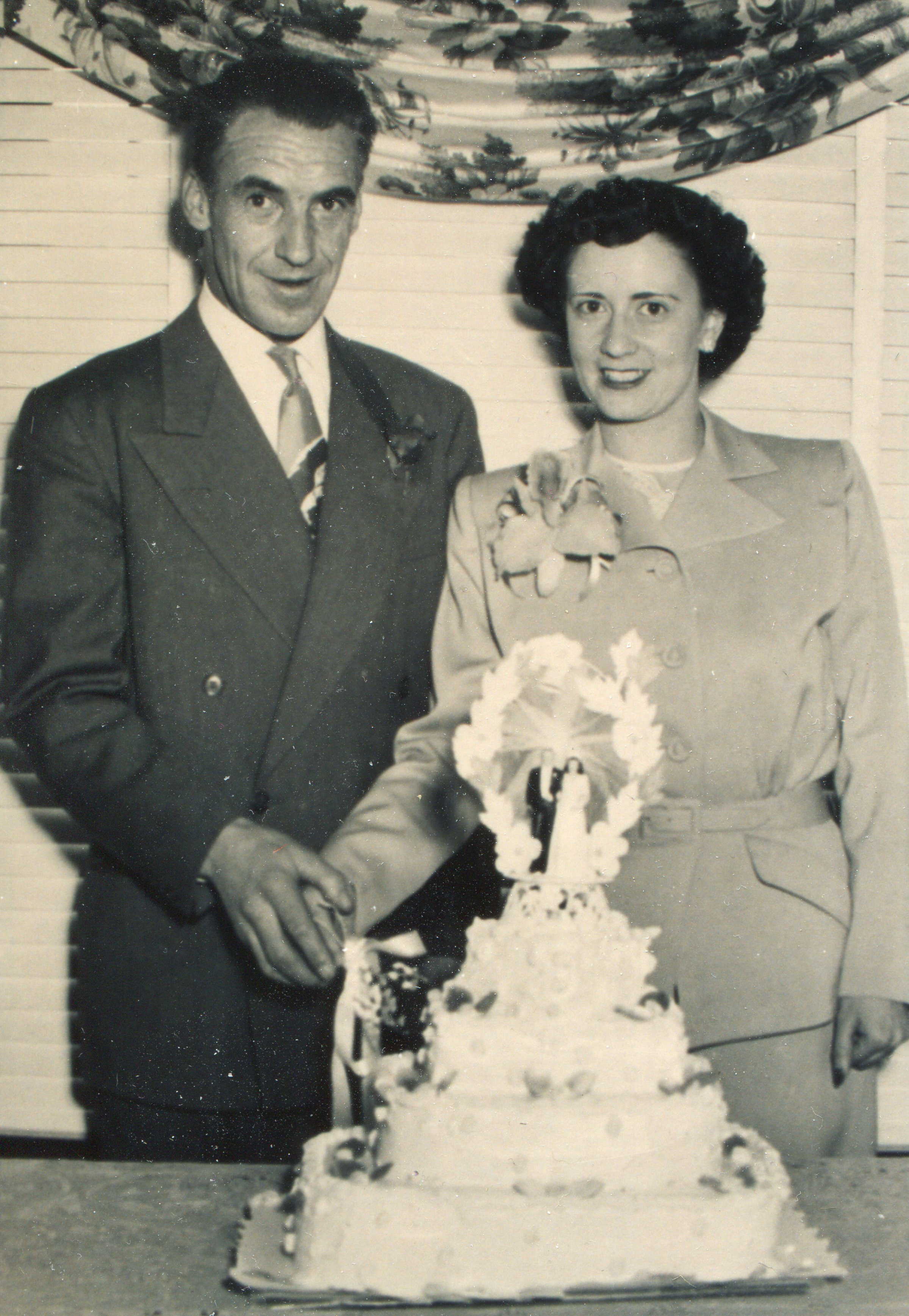 Joe Edward served in WWII in Africa and the Middle East.  He went to Flint Creek afterward and purchased Hanna Ranch south of Philipsburg and operated the dairy farm there for many years.  He also engaged in mining and prospecting.  William ended up in Philipsburg as well, but not much is known about him.

John James remained on the dairy farm the rest of his life herding cattle and raising his family.  Ed, his son, still lives in Butte and has given me a lot of these pictures and oral history.  We found each other through a genealogy Facebook page and DNA. 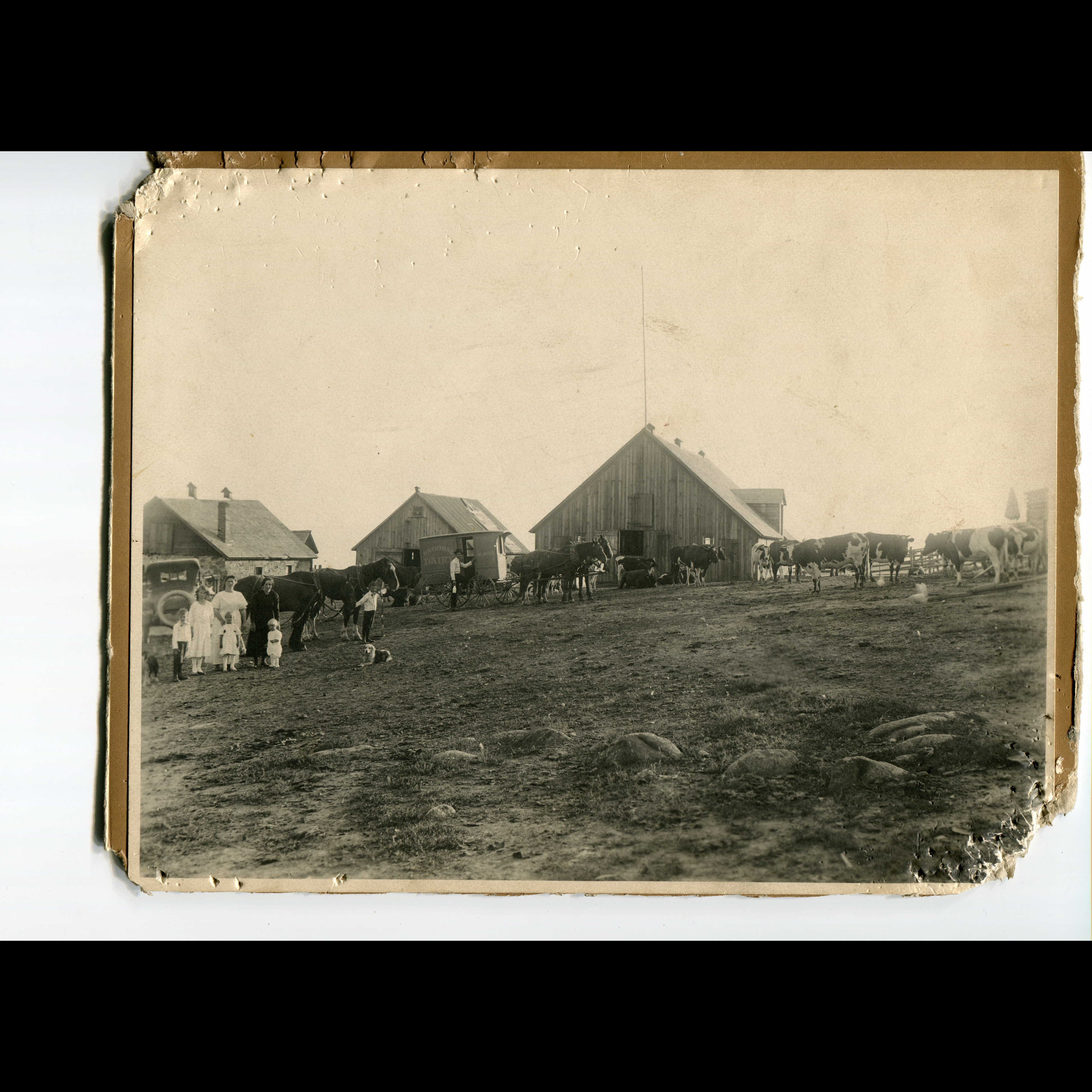 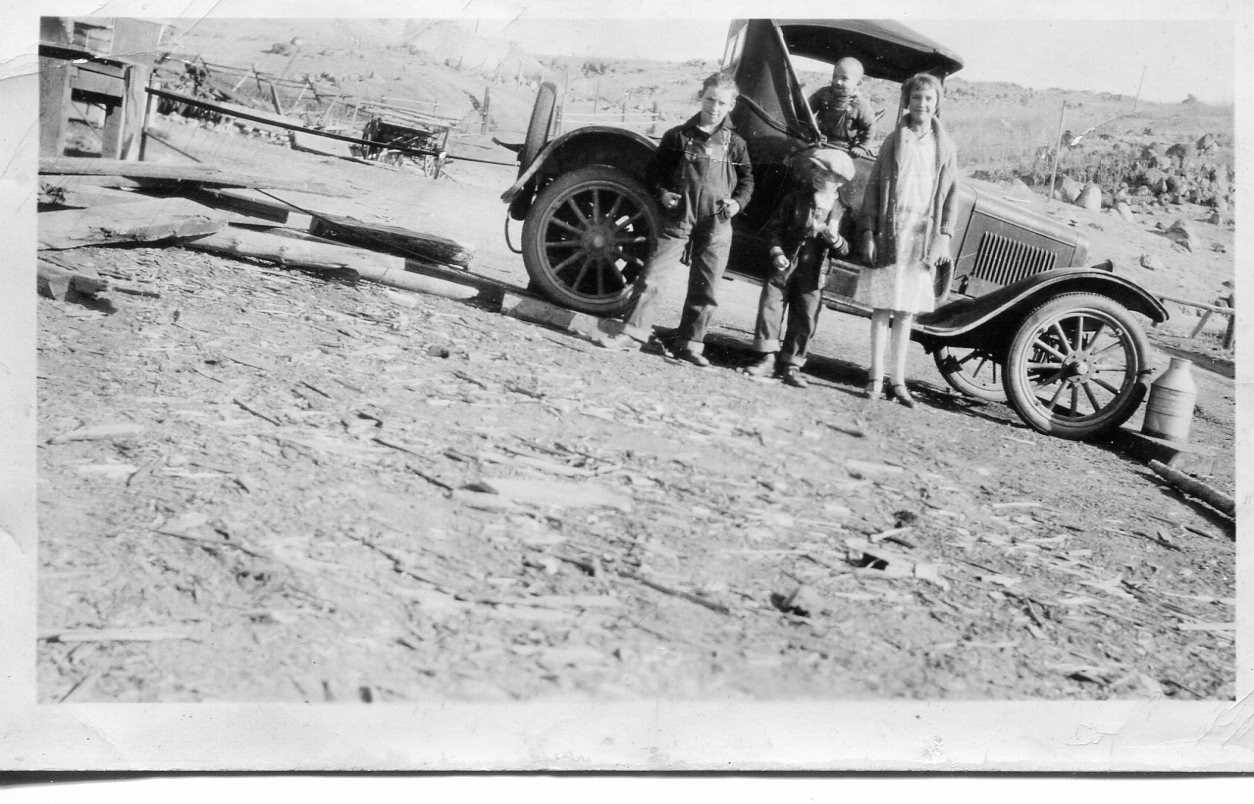 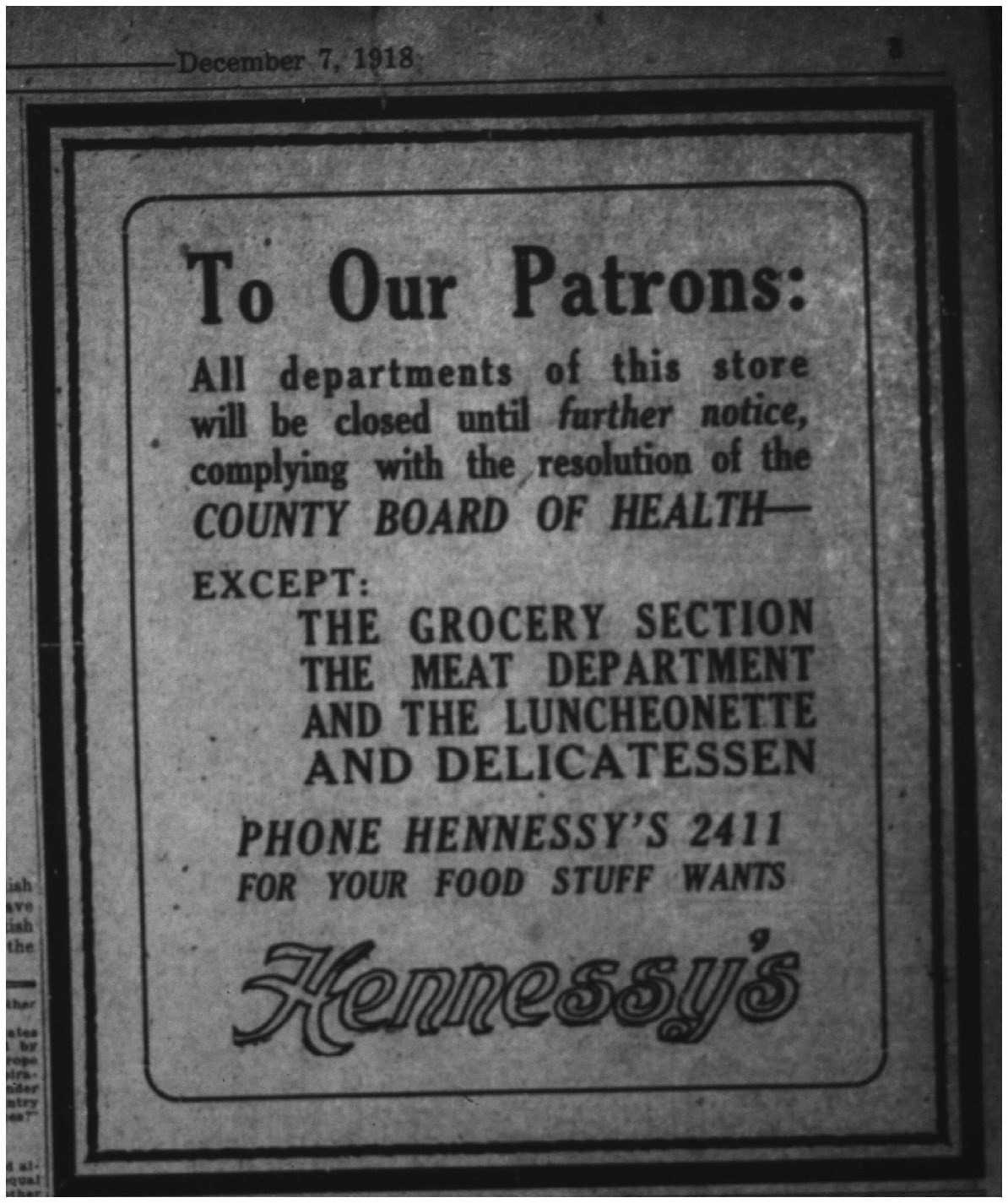 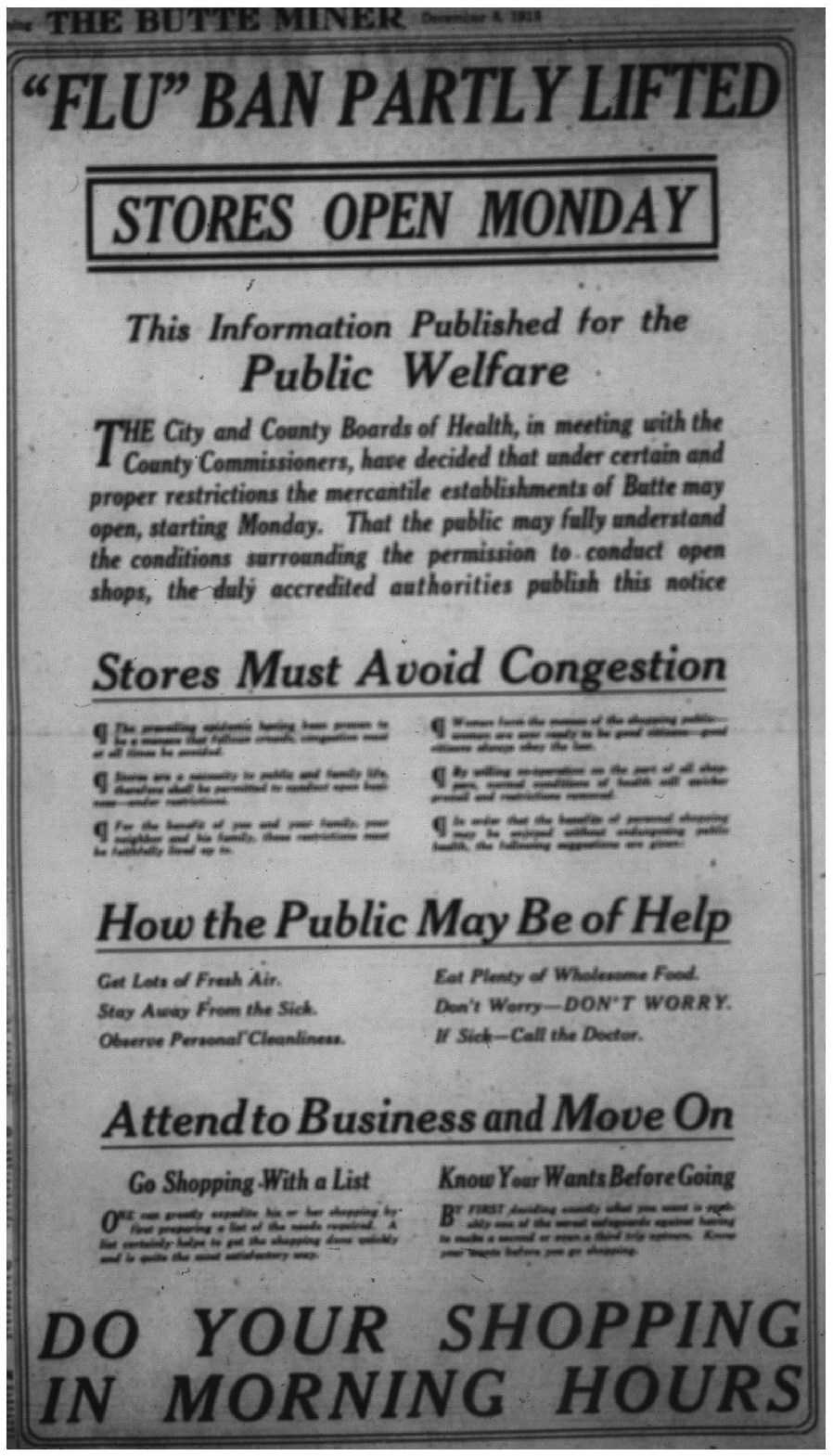 Jozef leaves five children. One son predeceased him in 1912. 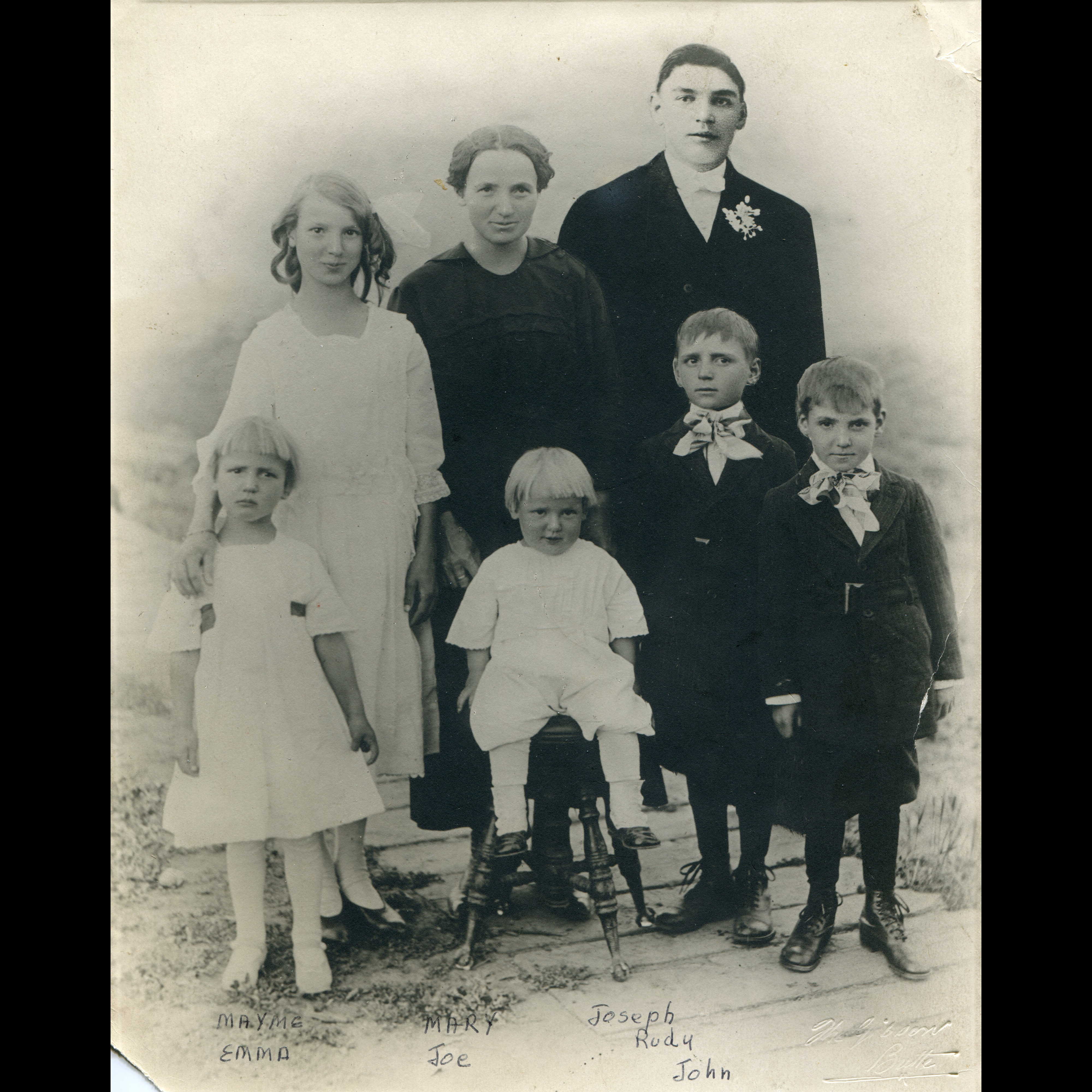 Mary continued to manage the dairy and then married Jozef’s brother, Peter, in December of 1922 and gave birth to a son five days later.

They would have three more sons.

Michael (was called Peter when he was younger and then Mickey as he got older) and Edward stayed on the ranch working and doing rodeos.

Working in various mines, from mucker to working in the labs, Peter was eventually in the dairy business too. His ranch was on the southeast side of Butte, where the airport is now located. Ed’s cousin Bill Johnson, Emma’s son, told him that he remembers being on that ranch. He remembers seeing Mary there, when she was sick in bed.

From Ed: My mom, till this very day, will say that the older kids didn’t like Peter at all. He probably never lived at the North Walkerville ranch. Mary probably had to commute between the places. (probably 15 miles round trip) I remember being around Peter a bit. I remember being with my Dad, working on his back porch. This would have been well after he was out of the ranch business. Funny, but his house is currently owned by my wife’s aunt and uncle who recently moved back to Butte.

The National Dairy ran until about 1948 when Mary died.

The Metesh family is very prevalent in Butte, Montana.  Geologists, Ranchers, Environmentalists and the like.  Until this research, I had no idea Slovenians were such a big part of Montana.

In 1912 Mr. A. J. Terbovec writes about the town itself: “Butte is the largest city of Montana (39,165 inhabitants), and the largest Slovene settlement in this state. The town is alive and beautiful. It lies at the foot of mountains of medium height. Copper ore is brought up by hoists from the depths of these mountains. The majority of the Slovenes are employed in these mines, as are also the Serbs and Croats. The Slovenes already have stores and a few taverns.

A large number of Slovenes have been here for many years already. Some have a fair amount of wealth. Others, at least have their own houses. Even though three is no Slovene school here and the children have to attend English schools, the young people have high esteem for their mother tongue and are never ashamed of it, as is the case, unfortunately, in many other regions. The Slovene girls stand out especially, which speak in their favor just as does their honesty. It honors both the older people and the youth”.