Are the Schwittkowski’s German or Polish?  That has been a conundrum since I started this journey with the Schwittkowski’s and Johann as written in my blog Schwittkowski Name Change to Hennig.  We know with the Naturalization Papers and the name change to the Hennig name was because they insisted that they were German (as we were told growing up), but that Schwittkowski sounded too Polish.

Today I found records on my 3rd great aunt, Anna Elisabeth Schwittkowski. Johann Leopold’s sister.  She was born in Rosenberg, Danziger Höhe, Danzig, Westpreussen. If I understand the history correctly, it was German then. Danziger Höhe is now within Poland.  Below is the map for the time period when Johann and his siblings were born.

The map below is the same area today. (Gdansk/Danzig)

Clara wrote notes under John, Anton, and Paul’s name on a piece of paper that says “Enlisted in the Army (German) at 14 or 15- deserted at 21 to the US”.  Dates show that this matches Paul.  Paul emigrated in 1892, made his declaration in 1900, and his petition, name change, and naturalization was in 1911.  He died in 1938 after having nine children from two wives in Milwaukee.

Anton Adalbert was the brother who came to America with John.  Anton and John departed Antwerp, Belgium on the ship “Belgenland”.  They arrived in Philadelphia on  May 25, 1891. Ship manifest notes “both are German cits, are farmers, sitting in J Forward, are carrying 2 pieces of luggage, and plan to settle in Milwaukee”.

Can you imagine making this trip?  First of all, they had to get to Antwerp.  Belgium is 644 miles from Prussia.  I can only assume they traveled by train.  Trains back then only ran about 62 mph, that is a long ride.

After arriving on the ship in May, they were on solid ground again in June.  The steamship took about 12-14 days.

Then they still had to travel from Philadelphia to their final destination of Milwaukee, Wisconsin.   Train? 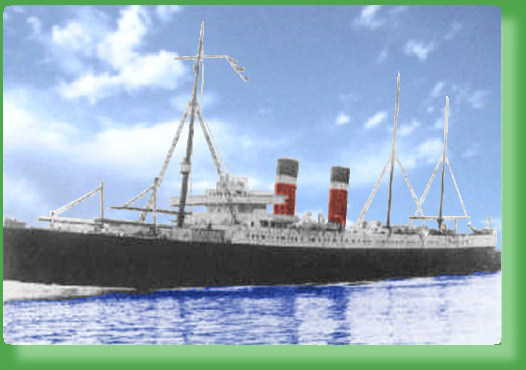 The only other brother’s name I have is Johann Valentin.  The only record I can find on Valentin is his baptismal record.  Maria Elisabeth was born March 14, 1872, baptized, and then died on June 30, 1872.  Anna Elisabeth was born April 1874.  She married in 1903 and died in Danzig-Bürgerwiesen, Freie Stadt Danzig, Preußen on May 23, 1912.

There were eight other brothers.  I have been unable to find anything on them.  All I know is from notes from Clara Elizabeth Hennig stating that her grandfather, John (1865-1933) had 11 brothers and one sister. She also notes that because of having 12 boys, the mother received a gold medal from Kaiser, called German Mother’s Cross.  I wonder what happened to it?

I have no idea who their parents were.  My only hope is getting the marriage and baptismal records, all I have are indexes now.  If I can get copies of the certificates I can possibly obtain more names such as their parents and brothers.

This solves the German vs. Polish saga, at least for these particular Schwittkowski’s.  Obviously this line identified themselves as German.  Until I know who his parents were, we will not know where this name originated from.

Updated 3/31/18:  Here is a possibility,  in different things I am reading regarding the -ski ending surnames are that they are

“Slavic in origin. You will also see it in a lot of German names. Those names very common in Eastern Germany, but can also be found in the West due to migrations.  Much of former Prussian territory (and a lot of present day Austria) were occupied by Slavs and in the Baltic (Balts) but were conquered by Germanic tribes who not only Christianized them, but culturally absorbed them. So there are a lot of people in Eastern Germany that have Slavic roots, and it reflects in the surnames. Today they consider themselves completely German.”  https://www.quora.com/Is-the-%E2%80%98-ski%E2%80%99-last-name-Polish-Russian-or-German

By the way, my Ashkenazi Jew DNA results are only 3.45%… scant, very distant.