One of the records I received from the Archives in Gdansk was this document.  After having it translated by Brigitte Eggerstedt on my Genealogy Translations Facebook Page, I realized this is not the ancestor I hoped it would be.  But, this Johann is in the same locale so could be a nephew or cousin.  I am posting it here to keep for when I hopefully make the connection.  What a horrible way to die!  Now to the next document… 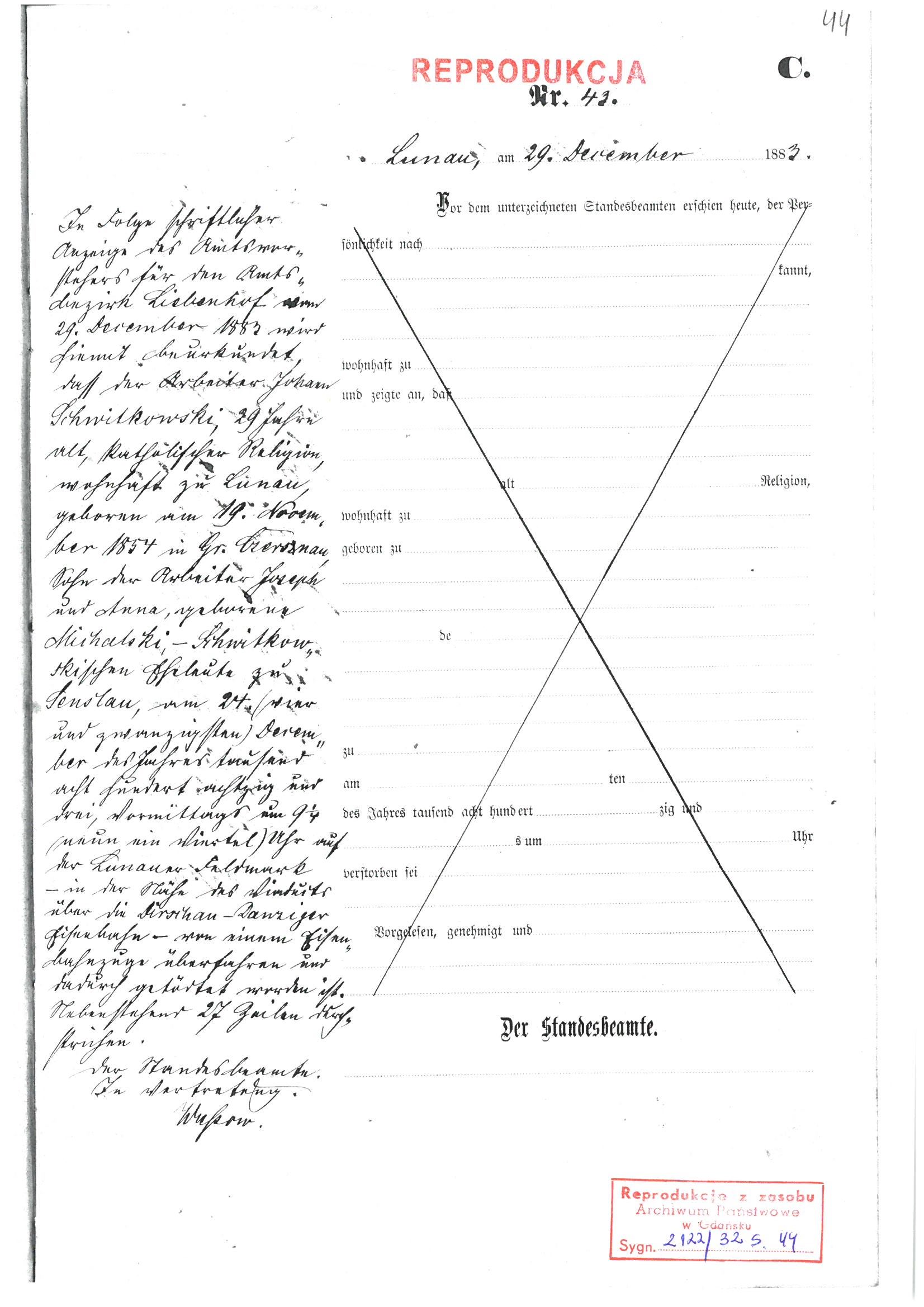 # 43
Lunau December 29th, 1883
The head of the administrative district Liebenhof certified on December 29th 1883
following:
the laborer Johann Schwitkowski, 29 years old, Catholic religion
residing in Lunau, born on November 19th, 1854 in Groß Czersnau
Son of the worker Joseph Schwitkowski and Anna nee Michalski in Senslau,
on December 24th, 1883 morning at 9:15 a.m.
in the “Lunauer Feldmark” – near the viaduct over the Dirschau-Danziger railway –
was run over by a railway train and thereby killed
signature of the registrar